Please contact your legislators to vote “Yes” on SB1384 in the next few days. This is the Idaho School Safety Act that will allow school district employees that hold a valid Enhanced Concealed Carry license to keep their firearm on their person while at work in the Kindergarten through 12th grade public and charter schools.

You can read the Bill here:

There are several requirements that will have to be met. Concealed carriers (willing teachers, administration personnel and other types of employees) will have to provide a copy of their license to the local School Board and school Principal, and that copy will NOT be put in their personnel file, but kept confidentially in a separate file location. Their firearm must be kept on their body, not in some desk drawer. The choice to carry or not carry cannot be held against them during performance reviews, and no one can be forced to carry a firearm if they are opposed to it. There is also no official duty by the carrier to use the firearm in time of need. It’s use is strictly voluntary.

We would also like you to attend the hearing. If you also attend the hearing, it will be held at the Idaho Statehouse, West Wing downstairs all the way, TOMORROW at 8 AM. It will be the room with all the Moms Demand Action standing outside! They are rallying their troops to try and stop this Bill, so we need your support.

If you don’t know who your legislators are, you can find them here: Who’s My Legislator? – Idaho State Legislature. You just need your address and zip code.

Here are your contacts for the Senate State Affairs members that will be hearing testimony and hearing debate on the School Safety Act in Idaho TOMORROW at 8 am. Would you please take a moment and call each of these Senators TODAY and ask them to vote "YES" on 1384, The School Safety Act.

STATEMENT OF IDAHO STATE RIFLE AND PISTOL ASSOCIATION REGARDING
THE DECISION OF THE FIFTH CIRCUIT IN U.S. v GREEN 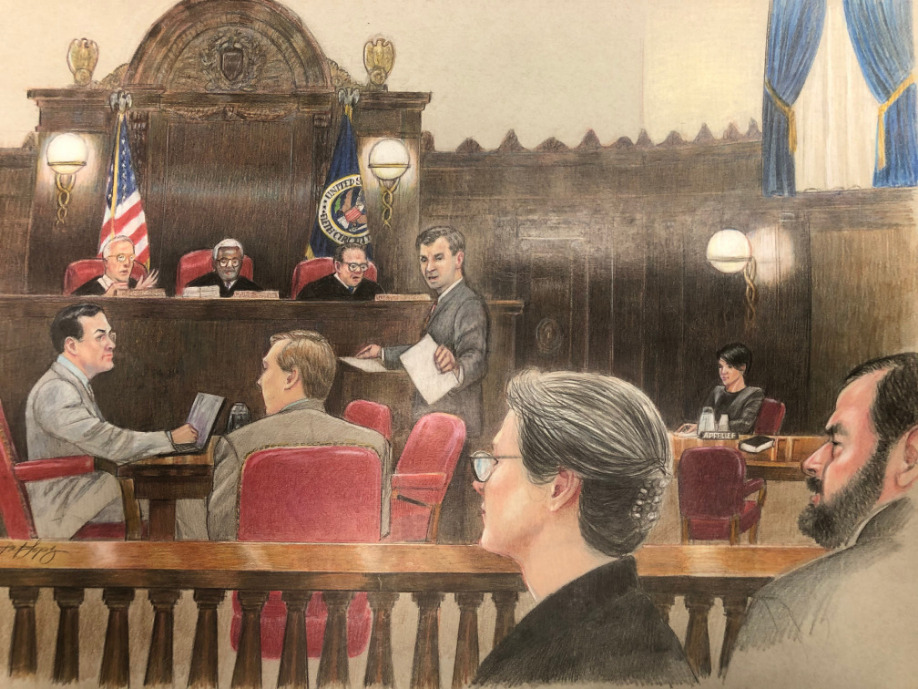 The Fifth Circuit Court of Appeals has issued its decision on the case of United States v. John O. Green, Docket No. 19-10055. John Green is an Idaho State Legislator serving Idaho's Legislative District 2. Rep. Green had been charged in the U.S. District Court of North Texas with a non-violent offense as an alleged co-conspirator in a tax evasion case. The District Court had issued an order that Rep. Green could not possess firearms while awaiting his trial. Rep. Green is a staunch believer in the right to keep and bear arms, so he appealed this order.

In short, the decision of the Fifth Circuit Court of Appeals remands the case back to the U.S. District Court of North Texas because that Court had not adequately evaluated or recognized sufficient evidence to justify stripping Rep. Green of his rights to possess firearms while he was awaiting trial in his criminal case. The Court of Appeals determined that it was an abuse of discretion for the District Court to eliminate Rep. Green’s firearm rights without a hearing with appropriate information or evidence.

The Fifth Circuit’s decision was a win for Rep. Green to the point of recognizing that the District Court actually did not evaluate any criteria which would justify eliminating his right to possess firearms. The Per Curiam decision recognized the statutory legal standard that a trial court must apply for restrictions in pretrial release, saying as follows:

The district court is required by 18 U.S.C. § 3142(c)(1)(B) to impose the “least restrictive...  condition, or combination of conditions” that “will reasonably assure the appearance of the person as required and the safety of any other person and the community.”

On remand, that District Court will no doubt be asked if eliminating Rep. Green’s fundamental right to keep and bear arms for self-defense while he prepares for trial is among the least restrictive conditions necessary to preserve safety of the community or any persons in it.

The Idaho State Rifle and Pistol Association filed an Amicus Curiae brief in support of Rep. Green’s appeal. The primary purpose for our organization’s involvement in the appeal has been to assert and preserve the fundamental right to arm oneself as recognized under the Second Amendment to the Constitution. This area of law in firearms rights is still developing with each new court decision. In fact, none of the litigants in this case found any other federal case law on point with the situation in this case. The appeals court specifically declined to address the Constitutional issues in this case, including both due process rights and the right to bear arms.

The result in this appeal is that the matter is sent back to the district court to be decided based upon statutory provisions and whether firearms prohibition before trial is justified in this case. The district court will have to apply aspects of due process to hear the matter and decide whether it can justify firearms restrictions under the weight of the fundamental constitution right to bear arms for self-defense. In this respect, the decision is a win for gun owners.

Still, the Idaho State Rifle and Pistol did not obtain one of our main objectives in bringing this amicus curiae brief in support of the appeal. ISRPA had asserted that the government could only restrict the fundamental right to bear arms upon a court finding on clear and convincing evidence such a restriction is necessary for the safety of a community or persons in it. The “clear and convincing evidence” standard is a higher burden of proof than mere preponderance of the evidence. It will likely be a key issue in future battles over what are commonly referred to as “Red Flag Laws.” We have found case law in a collateral area of law which supports use of this standard. Because this Fifth Circuit per curiam decision declined to delve into the Constitutional issues, those questions are left unresolved.

We can characterize the decision in this case as an incremental win. It certainly is not a loss. As the mosaic of case law continues to expand in defining the fundamental right to bear arms, this is one more piece in favor of citizens who lawfully and peaceably live while exercising that right to bear arms for self-defense.

The Idaho State Rifle and Pistol Association (ISRPA) is an Idaho non-profit corporation. It has been incorporated since 1962. ISRPA is dedicated to promoting sporting uses of firearms. The organization is located in the State of Idaho. ISRPA has the authority to sanction shooting competitions and events for the National Rifle Association (NRA). In that respect, ISRPA is affiliated with the NRA. ISRPA is a separate entity from the NRA with separate leadership, , membership and funds.

Per Curiam Decision to Remand Green

ISRPA Statement in Response to US v. Green