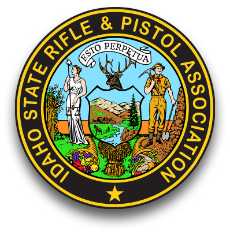 The ISRPA is Idaho's premiere organization for avid shooters and supporters of the National Rifle Association.  Members from all over the state  enjoy exclusive benefits, and sound assurance that they're supporting the largest defender of 2nd Amendment rights in the nation, the NRA.

The Friends of NRA 100 GUN RAFFLE

Support the Friends of NRA

GET YOUR CUSTOM PLATES TODAY! 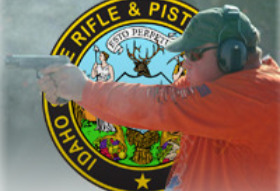 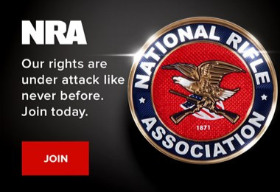 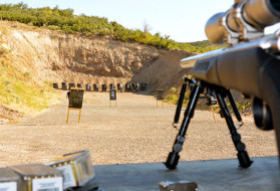 Idaho State Rifle and Pistol Association is dedicated to the promotion of the shooting sports.

We work closely with the NRA to help bring more enjoyable and safe shooting activities to the State of Idaho.

We at ISRPA hope you will enjoy our site and please take the time to peruse each page.

At the top of each page you will find tabs that will quickly take you to information about Idaho gun clubs and other organizations that might be of interest to you.

We are currently working on information that will help you as both a novice or high master shooter in the Tip section of our Blog.   If you would like to write an article on how to shoot better, we'd like to hear from you.

We are especially proud of our Juniors Division. Bringing young shooters into the sport and giving them an appreciation of our Second Amendment rights is a primary goal of our organization. 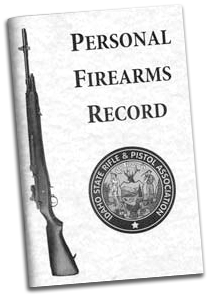 One place to store all your firearm details and history.

Should disaster strike, have quick access to all necessary information.

This book was made specifically to help keep your firearms organized.

The Idaho State Rifle and Pistol Association (ISRPA) is the official organization representing the National Rifle Association, NRA, in the State of Idaho.  As such it supports NRA competitive shooting in Idaho and sanctions state and regional level matches.

The ISRPA encourages and supports all shooting sports discipline, both those under the NRA shooting umbrella and other forms of competition such as those found in the Civilian Marksmanship Program (CMP), International Defensive Pistol Association (IDPA), United States Practical Shooting Association (USPSA) and the dozens of other disciplines too numerous to list here, as well as hunting and informal recreational shooting.

The ISRPA recognizes the Second Amendment of the U. S. Constitution as the underpinning article in the Bill of Rights which guarantees all other enumerated rights of American citizens.  We believe that the Second Amendment incorporates and preserves for the people the innate individual right of self defense.  The ISRPA also believes that the Second Amendment’s essential purpose is to provide United States citizens the means to throw off a tyrannical government.  Further, this amendment has nothing to do with any sporting purpose.  As such, part of the mission of the ISRPA is to provide information to the citizens of Idaho on the gun rights guaranteed by both the Federal and Idaho State constitutions.  The ISRPA is interested in, and has and will pursue involvement in, legal cases that are in the interests of its members and gun owners of Idaho in general.